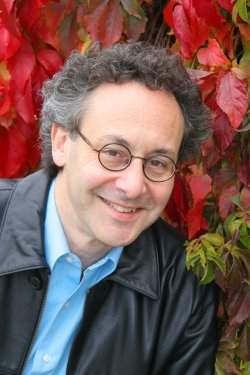 Jonathan Shames
2023 KMEA All-State Full Orchestra Conductor
Jonathan Shames has enjoyed a dual career as conductor and pianist that has taken him to Europe, Russia, the Far East and throughout the U.S. He has conducted ensembles including Musiqa in Houston, with whom he recorded Anthony Brandt’s opera The Birth of Something for Albany Records. Other ensembles include the Clermont-Ferrand Conservatoire Orchestra, Louisiana Philharmonic, Richmond Symphony, Reno Chamber Orchestra, Sewanee and Pine Mountain Music Festival Orchestras, and the Opera Company of Boston, with whom he debuted and maintained a long-running association. Mr. Shames served as music director and conductor of the Wyoming Symphony, Olympia, WA Symphony, Seattle Youth Symphony Orchestra, Marrowstone Music Festival, and associate director of orchestras at the University of Michigan, conducting both orchestras and Contemporary Directions Ensemble, and sharing the 2005 Grammy Award for Best Contemporary Recording for William Bolcom’s Songs of Innocence and Experience.

As a pianist and soloist, Mr. Shames has recorded concerti with the Moscow Chamber Orchestra and Cologne Radio Symphony, toured with the Novosibirsk Philharmonic and the Radio and Television Orchestra of Belgrade, and performed with the Seoul Sinfonietta and the symphony orchestras of Seattle, Milwaukee, Indianapolis, and the Boston Pops, among many others in the U.S. His Finalist-Laureate prize in the 1982 Moscow International Tchaikovsky Competition, seen by many around the world in the television documentary of the event, brought him to international attention. His passion for chamber music has led to performances at festivals around the world including Colmar, Kajaani, Ravinia, Seattle International, and St. Petersburg Palaces Festival. An enthusiastic proponent of contemporary music, Shames has formed collaborations with such composers as John Harbison, Joël-François Durand, Daniel Asia, Lori Laitman, Wang Lu, and Daron Hagen. A similar impulse led to the creation of The Boston Players, a chamber music ensemble co-founded with his wife, pianist Stephanie Leon Shames, which won praise from Boston critics for the wide variety of its repertoire and striking combination of artists. Mr. Shames’ recording of Daniel Asia’s Scherzo-Sonata, dedicated to him, appears on Summit Records.