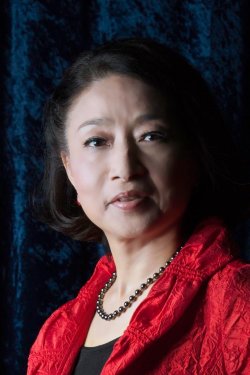 In her role as Artistic Director and Conductor of The Women’s Philharmonic from 1997-2001, they toured Brazil in 2001; for recordings, they released a compact disc that features the symphonic music of African American composer Florence Price.

Ms. Hsu received her Bachelor of Arts in Piano from the National Taiwan Normal University while also studying the Doublebass. Her graduate studies was completed at the Hartt School of Music in CT, with the renowned doublebassist Gary Karr for Masters of Music, and an Artist Diploma in Conducting with Maestro Charles Bruck. Ms. Hsu has worked with Murry Sidlin and Harold Farberman, and attended the Pierre Monteaux Domaine School for Advanced Conductors, the Conductor’s Institute, and the Aspen Music Festival.